Your Brain at Work 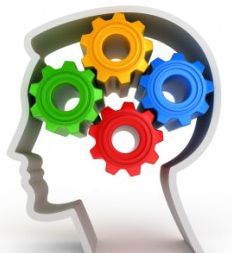 Most of us view work as a kind of economic transaction: people exchange labor for financial compensation.  Depending on the job, increased quantity of labor (number of hours) or increased quality of labor (bonus or promotion) results in increased compensation.  However, there is an increasing amount of research that shows that we are motivated not so much by money as by our social needs for status, certainty, autonomy, relatedness, and fairness.

While people sometimes use the word ‘family’ to describe their work colleagues, neuroscience research makes it clear that our brains experience the workplace as a social system.  Social interactions often decide whether an employee stays at a company; positive reinforcement from our boss or peers can improve our mood for an entire day.  In contrast, lack of social interaction with peers and a non-supportive or critical environment are often cited as the primary reasons for leaving a job.

In an article called “Managing with the Brain in Mind,” David Rock explores the implications to leaders of treating the workplace as a social system.  Employees who feel betrayed or unrecognized – such as those that are reprimanded, given a pay cut, or asked to work on an assignment that they deem beneath them – experience it as a powerful neural shock.  This experience can be as painful as a physical blow.

While employees learn to temper their reactions to this blow and some even rationalize the situation, they also limit their commitment levels and reduce their engagement. In Rock’s words:

They become purely transactional employees, reluctant to give more of themselves to the company, because the social context stands in their way.

The science shows that the perception of threats always trumps the lure of rewards. The threat response is more immediate and biologically demands attention.  Once a threat has occured, it takes a long time to dispel – this explains why bad traffic on the morning commute can impact your mood and your performance for the rest of the day.

The impact on leadership is wide-sweeping since almost anything can affect employees’ feelings of status, certainty, autonomy, relatedness, and fairness.  Here are three examples:

We’ve always known that good leaders have to be more than smart; they have to have people skills as well.  Neuroscience provides all of us hard data for the value of these soft skills.  Neuroscience suggests that the best leaders are the ones that create an atmosphere that support status, certainty, autonomy, relatedness, and fairness.

Neuroscience reminds us to always wear this SCARF.

This entry was posted on Sunday, April 24th, 2011 at 9:36 pm and is filed under "performance management", culture, leadership. You can follow any responses to this entry through the RSS 2.0 feed. You can leave a response, or trackback from your own site.

3 Responses to Your Brain at Work